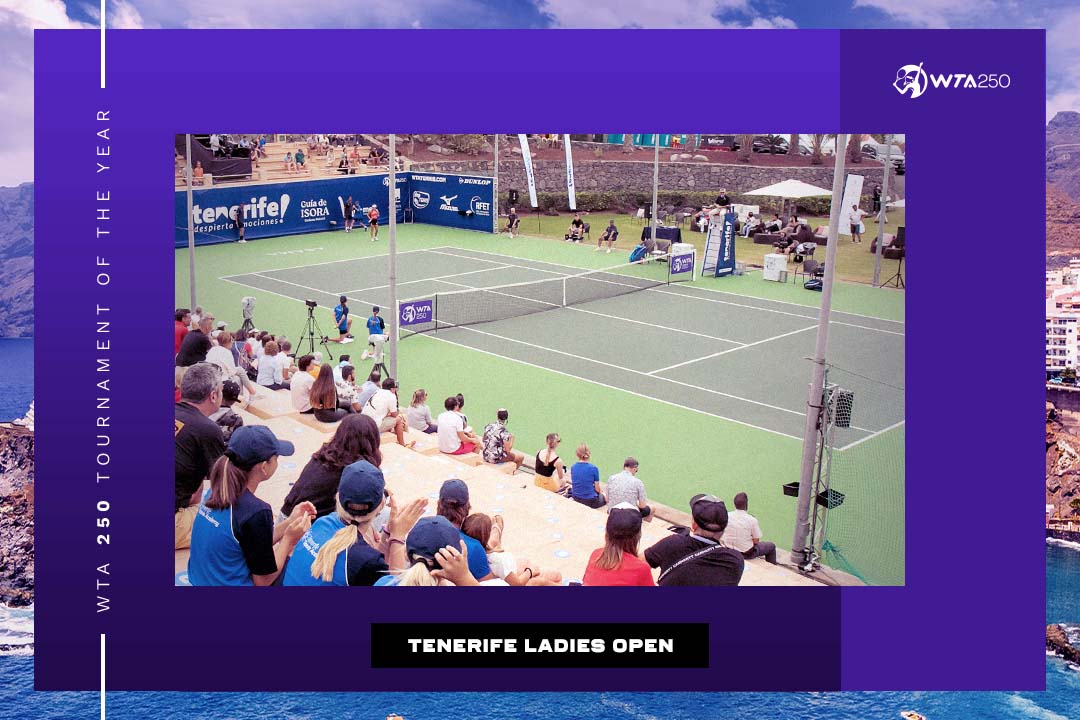 MARCHESINI: “IF IT’S A DREAM, DON’T WAKE UP”

Todi, December 9, 2021 – “The WTA announces the winners of the 2021 WTA Tournament Awards, voted for by the players of the circuit. The winners of the WTA Tournament of the Year Award have received recognition from the WTA players thanks to the excellence of their staff and organization, the passionate fans and the broadest dedication to the sport and its athletes” reads the official website of the WTA . History is made: the Tenerife Ladies Open organized by MEF Tennis Events wins the award as the best WTA 250 tournament of 2021. The event staged at the Abama Tennis Academy from 16 to 24 October wins the award together with the Phillip Island Trophy in Melbourne . Tenerife was an unforgettable event: the stars of the top female world circuit fought each other in a unique setting, with a completely unusual climate for the European autumn and with a breathtaking panorama dominated by the sea and the wonderful palm trees, characteristics of the Canary Island. The Tenerife Ladies Open was the icing on the cake of a legendary 2021 for MEF Tennis Events, which started right in the Canary Islands with the two Gran Canaria Challengers in February and March. Then the unexpected WTA 250 and ATP 250 organized in Parma, in which the sisters Serena and Venus Williams and the young Coco Gauff took the world stage before the success of the Stars and Stripes Next-Gen Sebastian Korda. In the summer, Forlì, Perugia and Todi were confirmed locations more than at the level of the ATP Challenger Tour circuit. Then, in October and November, the transfer of MEF Tennis Events to Tenerife for the triumph, the first at WTA level, by Ann Li , and for the electrifying Challenger dominated by the media (and not only) by the Spanish champions Feliciano Lopez and Fernando Verdasco. The Challenger that allowed the unstoppable Tallon Griekspoor to become the first player ever to have won more than 6 titles on the “green” circuit in a single season. And it doesn’t end here: on Saturday 11 and Sunday 12 December MEF Tennis Events will organize the BMW A1 Series finals in Cesena.

“I am really excited – the comment of Marcello Marchesini, CEO of MEF Tennis Events -. The WTA Tournament of the Year Award was not a goal. It was unthinkable to get that high. The credit undoubtedly goes to my daughters, Elena and Federica, and to all the staff of MEF Tennis Events, who have done an incredible job over the years (since 2007, ed). I believe that from the Absolute Italian Championships in Todi 2020, the tournament for the restart of Italian tennis after the lockdown, we have begun to acquire the awareness of being able to reach certain levels. It is a pride to receive this award thanks to the votes of the players: their judgment is always the most important. If it’s a dream, don’t wake us up ”.